Communication becomes more casual every day. Ten years ago, we never would have felt comfortable including a smiley face in an email to our boss, but now in 2017, that seems less unprofessional.
While speaking and writing tend to have different guidelines, we still tend to have more fillers when speaking vs. typing a social media post or a quick message to a coworker. When we speak, 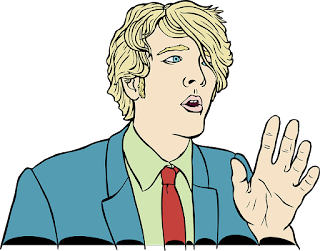 we tend to allow ourselves more fillers; I’ll never forget the time one of my professors in college asked us to count the number of times we said, “like” in one day. Maybe I was hyper-aware, but the number was astronomical.


While it may seem like a small thing at first, the amount of times we use filler words like “um” or “like” in a conversation can make us appear unreliable, no matter how educated or dependable we may be.

Your Word Choice Reflects Your Personality

It’s no surprise that word choice and expression says a lot about someone’s personality, but even the regularity in which words or word categories are used can speak volumes about a person.
Psychologist James W. Pennebaker of the University of Texas at Austin is one of many experts who assert that the way a person expresses thought reveals character. Any time a person speaks, they make choices – choices regarding appropriate nouns and verbs. Those small aspects are part of a bigger context which can provide clues into an individual’s large-scale behaviors 1. Some researchers are so fascinated by this that they have created software to monitor a person’s word choice in order to predict the way they will act in the future.

Here is a list of words to limit in daily conversation. I promise you all it takes is a once-over and you’ll suddenly realize how often 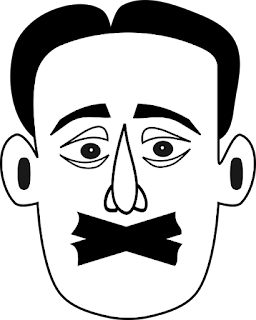 you’re saying every single one of them!

While these are some of the most common verbs in the english language, all they do is make the speaker sound unsure of himself. Modal Verbs include, “Might,” “should,” “maybe,” and “would.” While these verbs are easy to include in casual conversation, think about how insincere it makes a friend sound when you invite them to hang out and they reply with something like, “Yeah, maybe. I might have something going on, but I’ll let you know…” The next time you find yourself wanting to use this kind of verb, allow yourself a short pause and mentally delete the words when uttering the sentence. It’ll feel unnatural at first, but before long you’ll be a pro.

I think we can all agree this is one of the most annoying responses to get when texting someone. Second only to “k,” “Ok” is such a blah response. It makes you sound indifferent and unsure. Plus it’s not even a descriptive term! It basically means “satisfactory.” Who wants that? In text form, it can read like the end of a conversation or even a passive aggressive way to try to be agreeable. These two letters serve as a self-protecting mechanism to avoid giving concrete statements that could be hurtful. If someone asks for your opinion and you regularly offer “Yeah, it’s ok” to avoid hurting them, then you need to understand why it’s not ok to say ok!

This word is tricky. If someone tells you about an incredible trip they just took and you respond with, “Wow! That sounds awesome!” you’re probably being sincere. But if you tend to offer up this word regularly, you probably sound a little dense. Sorry! Saying “Awesome!” all the time makes people feel like you don’t have any of your own opinions. I know, I know, it’s just a word. But think about it for a second: When was the last time you were 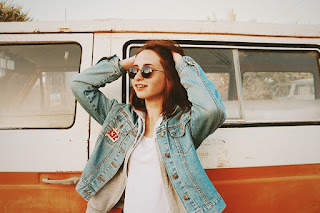 having a conversation and your friend seemed to say “awesome,” “oh wow. Awesome,” and “cool” after every other sentence? I’ve been in that situation before and it was really frustrating! I didn’t doubt that my friend actually felt that everything I was saying was “awesome,” but the overuse of the word became insincere quickly and made me want to stop sharing my story. It’s a vague word and usually over-exaggerated. I’d rather someone use multiple words to show enthusiasm or give me a compliment than just recycle one word over and over.

Perhaps the most common filler word, “um” is, um, super, um, annoying! I hate to tell you this, but you probably say it so much more often than you realize. For one full day, try to keep a mental tally of how, um, often you, um say, “um.” It’s going to shock you. Even if you’re an intelligent person, overuse of the word makes you seem a bit delayed when it comes to processing thoughts. It’s simple enough to replace it. Instead of saying, “um,” try: “Let me think for a while.” You’re accomplishing the same goal, but the longer sentence gives you a proactive appearance and proves you want to take control the situation.

Stop. Using. This. Filler. Word. If you have ever tried to sit through an hour of reality TV, then you know the word, “like” is the most common word (like) ever. If you’re oblivious enough to have never 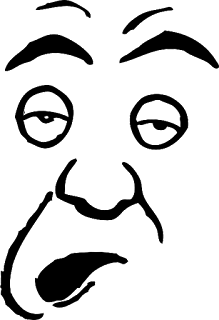 noticed it, you’re lucky. Once you start noticing, you can’t stop. The filler word makes you sound childish and it usually isn’t a necessary filler. While you could replace it with “such as” or something similar, if you really analyze a sentence before you speak it, you’ll find you don’t need it at all.

This word actually isn’t necessary in a majority of situations. The word itself tends to give the impression that whatever was uttered before was not true. If you take the time to look at sentences with this word, you’ll find that nearly all of them can be deleted without changing the meaning/message, while it makes the tone stronger and more direct. For example: The word choices you make can go a long way in showing the kind of person you are. Actually, word choices can predict the kind of person you can be in a conversation. The statement is redundant.

This apology can make you seem weak and insecure if used in the wrong context. While you should always want to apologize if a situation warrants it, using “sorry” too often or even habitually can lead to you seeming embarrassed and afraid. If you’re actually wanting to apologize for something, feel free to use the word. But if you’re embarrassed or nervous, explain those emotions in different terms.
Hopefully
While the word itself seems like it should be optimistic, it actually has the opposite effect: using this word implies you aren’t determined or confident enough! For example, if you were my boss and you asked that I have something done and on your desk in two hours, which response would you rather hear from me:
No problem. I’ll take care of that now and get it back to you shortly.
Ok, sure. Hopefully it takes me a little less than two hours. I’ll bring it by when I’m done.
The second response doesn’t say outright that I won’t have the task completed, but it sure doesn’t seem confident. Hopefully means you don’t feel in control of something or confident enough you can create a change. In life, it will sometimes be necessary to be hopeful rather than overly confident, but when it comes to work situations, try to avoid the word as best you can.


The great thing about the list above is that it doesn’t take much effort to implement. In fact, all that’s required to stop using these unreliable-sounding words is self-awareness. Today is a new day. Be present in all conversations and realize how often you’re using the words listed. Then take the steps to replace them and ultimately delete them from casual chats and messages. You’ll be amazed at what a difference it makes.
Posted by Equip to Succeed at 14:54