Is True Success Active or Passive? by Donovan Baldwin

The word "success" gets thrown around a lot, but many people never really think about what it means to be successful. Is success something that happens? Is it experienced? Is success static or in motion?

A simple definition of success could be something about achieving one's goal or goals.

We often read or hear, "he achieved success" in such and such a year or upon completion of a project. Success seems to be viewed by many people as an end in itself. Once reached, some sort of cup or wreath is given to the victor, and they remain "successful" for all time. The term is, somewhat confusingly, 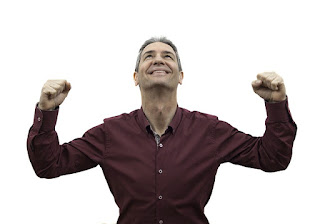 So, it is easy to look at success as being, as mentioned, the achievement of a specific goal, whether your own or someone else's. After all, the ballplayer may be wanting a hit to reach a new record, and his manager may want the hit to make it to one more playoff so he can hold on to his job, and the owner may want the hit in order to win the game and create an atmosphere where he can sell more tickets to future games.

However, if we are to look at success as applied to an entire life, one home run, as successful as it may be at the moment doesn't quite define a person. After all, to continue with the baseball motif, Bobby Thomson hit the "Shot Heard Round The World", a home run that won the 1951 World Series to help the New York Giants win the pennant. He went on to have a good career as a ball player, but never achieved such a high level of (subjective) success as on that particular day. Oddly enough, waiting in the on-deck circle that day was a rookie who would achieve a level of success that Thomson never reached. He was a young kid named Willie Mays. At a later point, Hammerin' Hank Aaron, one of the most successful ball players of all time, got his chance to play in the big leagues due to Thomson's breaking his ankle. 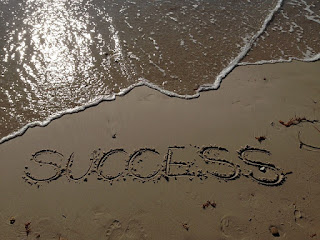 Sticking with baseball just a little longer, let's take a quick look at Roberto Clemente. As a ball player, he won four batting crowns and had 3,000 hits. His achievements as a baseball player include: All-Star (15): 1960-67, 1969-72; National League MVP 1966; Gold Glove (12): 1961-1972; 1971 World Series MVP. His life and career were cut short at age 38 when he died in a plane crash while flying relief supplies to Nicaraguan earthquake victims. Throughout his career, his humanitarianism earned him the respect and admiration of fans, players, and the public in general. If success is doing the right thing for the right reasons, then Roberto Clemente was a successful man, just as Mother Theresa was a successful woman.

While people who achieve what the public tends to applaud as success often do gain fame and wealth, they are also often NOT the people who are considered to be the real successes of a society. And, while we often hear a great deal about people who gain momentary success by achieving some great feat or goal, such as sailing around the world, or scoring the most points in a game, we hear for decades, and often for centuries after they are gone, about those whose lifetime of success was measured in small daily actions and attitudes which contributed to the betterment of their fellow humans or the improvement of the earth upon which we all depend so completely.

So, while not to belittle the amassing of fortunes or benefits of fame, if you would be truly successful, perhaps you should try to achieve something of value each day...something of benefit to all. Perhaps you will find that you enjoy the pursuit of THAT sort of success much more than the pursuit of wealth, fame, or power.

One last note. People such as Angelina Jolie and George Clooney are rich and famous because they live in a world of make-believe and produce make-believe pieces for people who live vicariously through their stories. However, it is possible that they will be more famed and admired for the steps they have taken to improve the world they live in than for what they have done in the world of entertainment. After all

, the next movie star can be discovered working at a soda fountain (they still have those?). The person who is going to change the world will have to work at it.
Posted by Equip to Succeed at 00:14

Email ThisBlogThis!Share to TwitterShare to FacebookShare to Pinterest
Labels: defining success, helping others, real success, what is important, what is success