Lessons in Leadership From The London Bridge Attack by Alex Afriyie 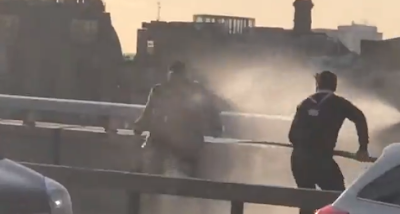 It was a tragic situation yesterday as we saw another attack in London that ended with the death and injury of innocent people as well as the apprehension and death of the assailant. However, incredible bravery and courage was displayed by members of the public, as well as the security forces.

There are at least three lessons in leadership that we can learn from this incident:

1) People Acted Quickly To Stop The Attack - When dealing with any negative as leaders we need to take swift action to change things. Gruenter and Whitaker said,

2) People Acted With Courage - It takes courage to act when something needs to be confronted as a leader. These guys acted swiftly yesterday and stopped the attack being any worse than it was. Imagine how many more people could have died without their speedy intervention.

3) People Acted Together - Teamwork and collaboration are the way that high performing teams work. Three men chased down the assailant who had two knives, while they were armed only with a fire extinguisher and whale tusk. By working together they were able to stop the attack. It was a great risk to their lives, but I'm sure the fact that they were working together gave them courage to continue.

As leaders or people that want to be successful in life and stop attacks or negatives of any kind, I believe we can learn from the behaviour of the public and police on London Bridge yesterday.
Act quickly,
Act with courage and
Act together.