Gareth Southgate is continuing as the captain of the England football team. What arre the leadership lessons we can learn from his successful leadership.
Posted by Equip to Succeed at 01:15 No comments:

What makes a great manager isn’t the problems they solve, but the questions they ask. Start with these 16 questions here.

An employee comes to you and says, “I have a problem.” If you’re trying to be a great manager, what do you do?
Your initial instinct might be to roll up your sleeves. “Time to be the boss,” you think to yourself. You’re ready to step in, solve the problem and save the day.
Or something like that. You just want to be helpful.
In reality, your instinct is the opposite of helpful. Startlingly, when you jump in to solve a problem as a manager, it’s one of the biggest leadership mistakes you can make.
I was reminded of this counterintuitive concept when chatting with Wade Foster, CEO of Zapier, on our Heartbeat podcast. Though his company today is thriving with over 200 employees and over 2 million users, Wade admitted how he struggled in the early days as a CEO when an employee would come to him with a problem:

In other words, your role as a manager is not to solve problems. It’s to help others solve problems, themselves. Leadership is stewardship. It’s navigating your team through treacherous waters, around jagged rocks, to the desired destination, 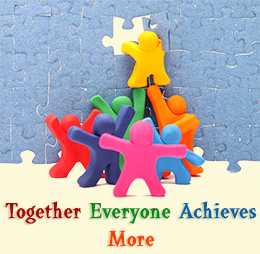 and making sure folks feel nourished and rested along the way. But you can’t be a good steward if you’re scampering around trying to paddle all the oars faster, yourself. To take the boat analogy one step further, a great manager is a coxswain, not a rower.


This confusion of roles leads to a highly undesired outcome: You prevent your team from learning how to solve the problem. A dangerous reliance develops that hinges on your expertise, your “final word.” Your team never gets to fuss, flail, and figure out how to crack a nut with their own hands. When you’re the one thinking through all the problems, you’re teaching your team members to not think for themselves.
You also inadvertently slow your team down. Every problem – especially the “hard ones” – are re-routed to you. So what happens if you’re out of the office that week? Or, what if your plate is full? Well, that problem will just have to wait. And wait it does. You become a bottleneck, the inhibitor of your team. You funnel your team into single mode of dependency that’s difficult to undo.
The best leaders know this, and are keen to avoid this pitfall – so they do something else. They become the team’s accelerator. They help team members think for themselves.
How? By asking questions. Wade of Zapier adopted this practice as a CEO, describing it as a “more Socratic way” to helping his team solve problems. Ultimately, it leads to better results.
Ask questions and a team member can come to the answer themselves. Ask questions and the problem they’re facing becomes more lucid, less daunting. Ask questions and your team member might even come up with a better answer than you would have.
To be a great manager, here are 16 questions you can start with instead of jumping in to solve the problem yourself:
What you’ll notice when you ask these questions is that most employees already have an answer (or several answers!) to a given problem. But they were uncomfortable with it, or they were worried about getting it “wrong.”
Part of asking the questions isn’t just to help them think through the problem more clearly, but also to help them realize they know more than they think, they’re more capable than they think, and that they’ve mitigated the risks better than anticipated.
Your job as a leader isn’t to just help clarify thought process – but to give confidence in their thinking.
As Wade says, “You’re trying to just help them get to that realization that, ‘You know what to do.'”
After all, a great manager is centered on building the capabilities of their team, not their own capabilities
Don’t solve the problem, yourself.
Source
Posted by Equip to Succeed at 12:00 No comments:

Find out about the importance of self care for you as a leader.
Posted by Equip to Succeed at 03:05 No comments:

Email ThisBlogThis!Share to TwitterShare to FacebookShare to Pinterest
Labels: be an effective leader, being a great leader, effective leadership, good leaders, leadership, self care of a leader, three keys for leaders
Newer Posts Older Posts Home
Subscribe to: Posts (Atom)